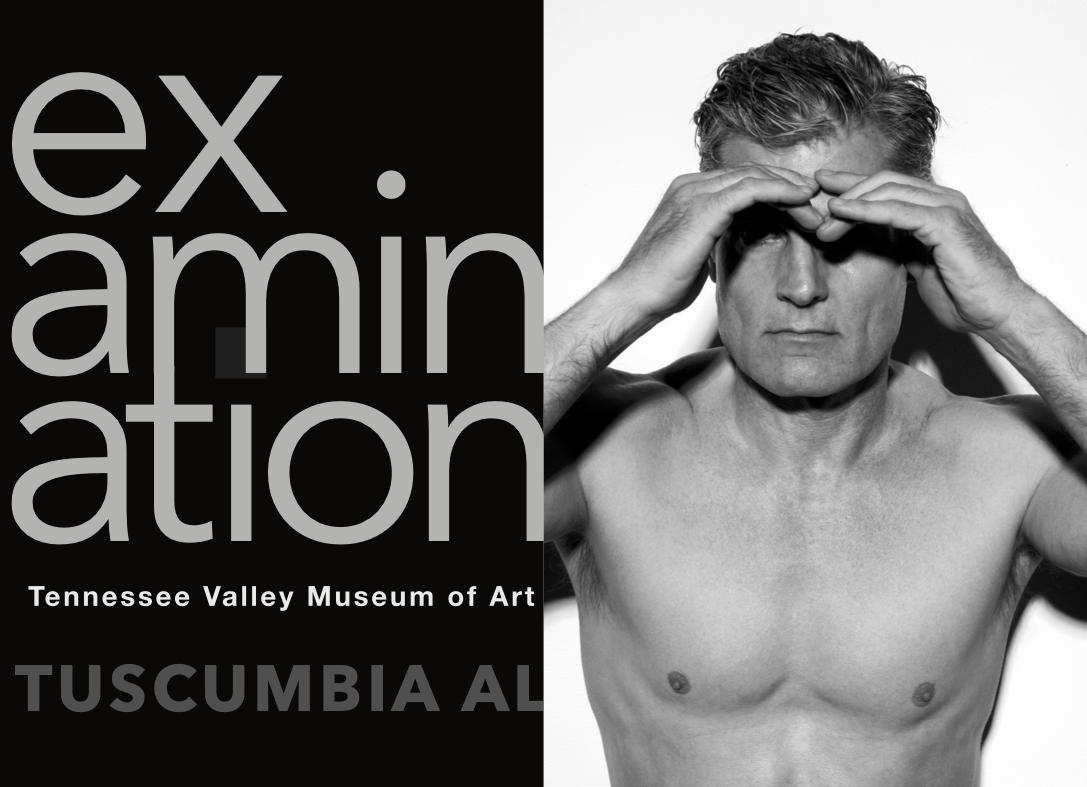 $5 for Adults, $3 for Students, and free for TVAA members

These photographs are not self-portraits but a series of portrait-like images of myself in the guise of created characters, not narrative fragments. They are straightforward images using myself as an archetype, a vehicle for commentary on issues surrounding the roles we play.  I have been called boy, man, son, brother, cousin, uncle, husband, father, photographer, designer, art director, professor, artist, technician, but this list barely begins to describe who I am.

The work feels familiar as it is drawn from sources that surround me. Images preserve memories of what maybe never was except for the photograph taken, whether it’s reality or an altered reality that captures a moment. Sometimes that captured moment alters reality and memories are shaped by photographs.

Changes in cultural attitudes to sexuality, gender roles, and social structures have been reflected in the nude throughout history. I took my first nude self-portrait at the age of 19, while attending Parsons School of Design in Paris. The assignment was two nude self-portraits. One photograph should depict how I saw myself and the other was how I wanted others to see me. That was one of the hardest assignments at Parsons. I think I shot it three times before I got something acceptable. The timeless nature of the nude, the vulnerability and exposing power are still of interest. The male nude’s (homo-) erotic nature may be less obvious today than decades ago but informs the work, as well.

Borrowing from Roland Barthe’s Camera Lucida: The act of photographing is in itself an act of death. The instant you click the shutter, you capture what happens only in the present moment, but instantly becomes part of the past. The moment has passed and remains in the photograph, which will continue to live in the future. Like the Sublime the photographic image insists on a message outside of a specific standard or meaning. A photograph is a paradox; it has every chance of being mythical and Real at the same time.