Mayhem and Madness with Bil Lepp 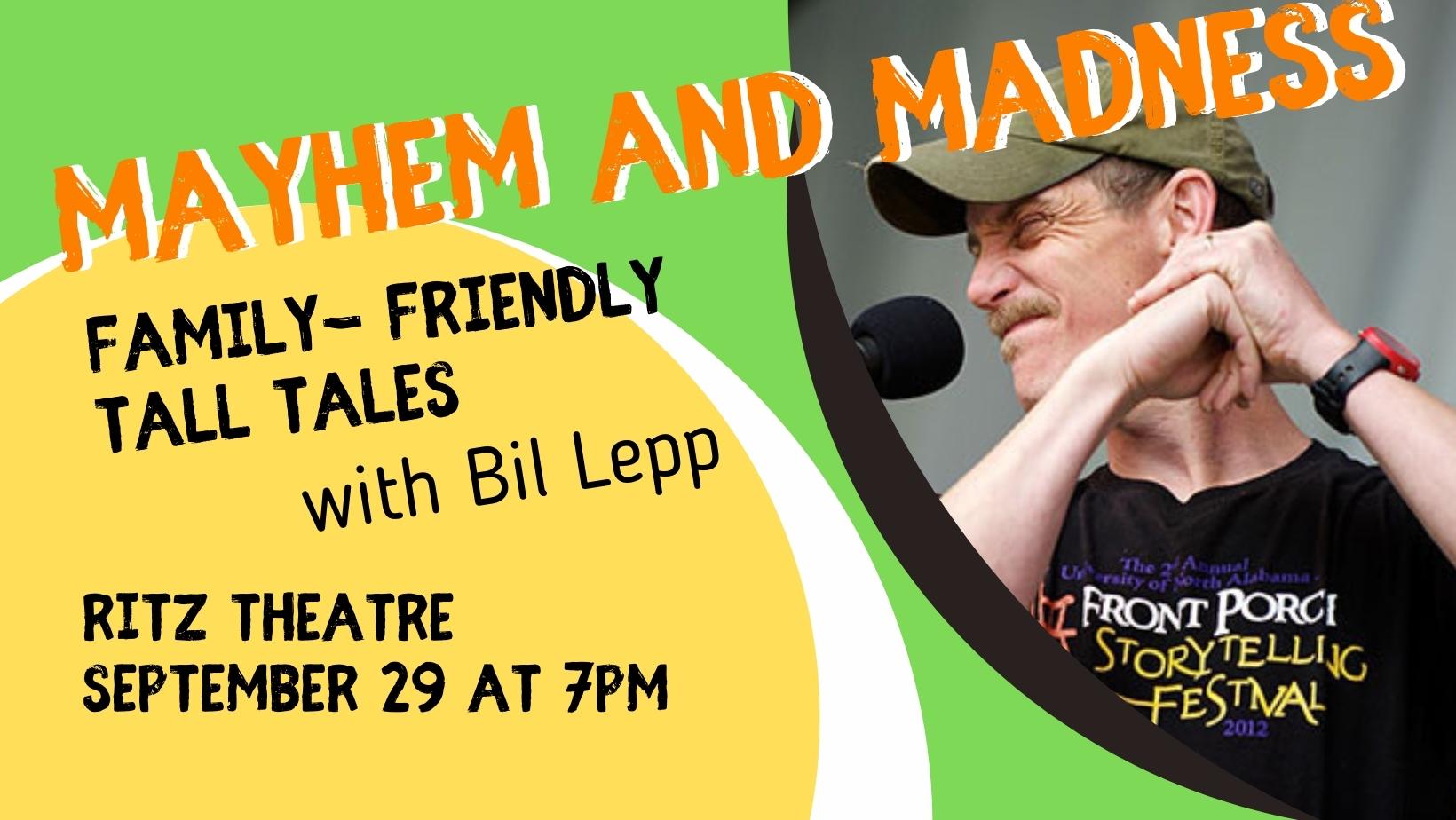 Join us at the Ritz on September 29 at 7PM for an evening of storytelling with one of the nation’s biggest liars!

Bil Lepp is an award-winning storyteller, author, and recording artist. He’s the host of the History Channel’s Man Vs History series, the occasional host of NPR’s internationally syndicated Mountain Stage, and a contributing columnist to the West Virginia Gazette-Mail.

Bil’s humorous, family friendly tall-tales and stories have earned the appreciation of listeners of all ages and from all walks of life. Though a five time champion of the WV Liars’s Contest, Lepp’s stories often contain morsels of truth which present universal themes in clever and witty ways.

Audiences all across the country, from grade schools to corporate execs to the Comedy Central’s Hudson stage, have been delighted by Bil’s mirthful tales and delightful insights into everyday life. Bil’s books and audio collections have won awards including the PEN Steven Kroll Award for Children’s Book Writing, Parents’ Choice Gold awards, and awards from the National Parenting Publications Assoc., and the Public Library Assoc. He is also the recipient of the Vandalia Award, West Virginia’s highest folk honor.