The Phantom of the Opera film screening 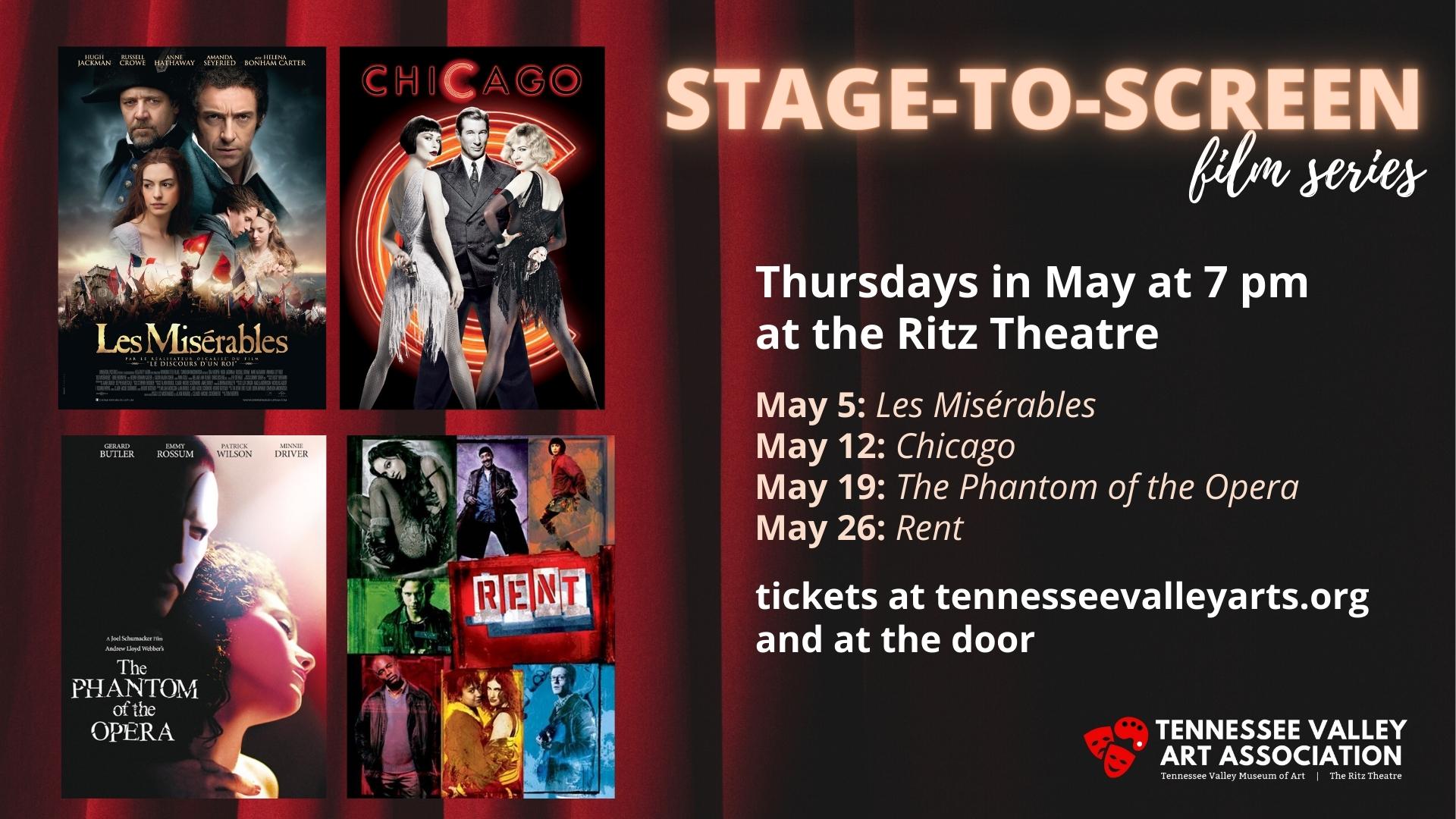 Get ready for the Ritz Theatre’s 2022/23 theatre season with these films adaptations of beloved Broadway musicals! Tickets for each film are $10 each (plus tax), or you can get a pass for all four films for $30. Concessions will be available! All tickets are general admission.

Tickets available at https://tennesseevalleyarts.ticketspice.com/stage-to-screen-series-spring-2022
Tickets also available at the door.

Les Misérables
Thursday, May 5, 7:00 pm
Directed by Tom Hooper, this 2012 adaptation stars Hugh Jackman and Anne Hathaway (who won the Academy Award for her role).

The Phantom of the Opera
Thursday, May 19, 7:00 pm
Directed by Joel Schumacher, this 2004 adaptation stars Gerard Butler and Emmy Rossum. Based on the beloved musical by Andrew Lloyd Webber.