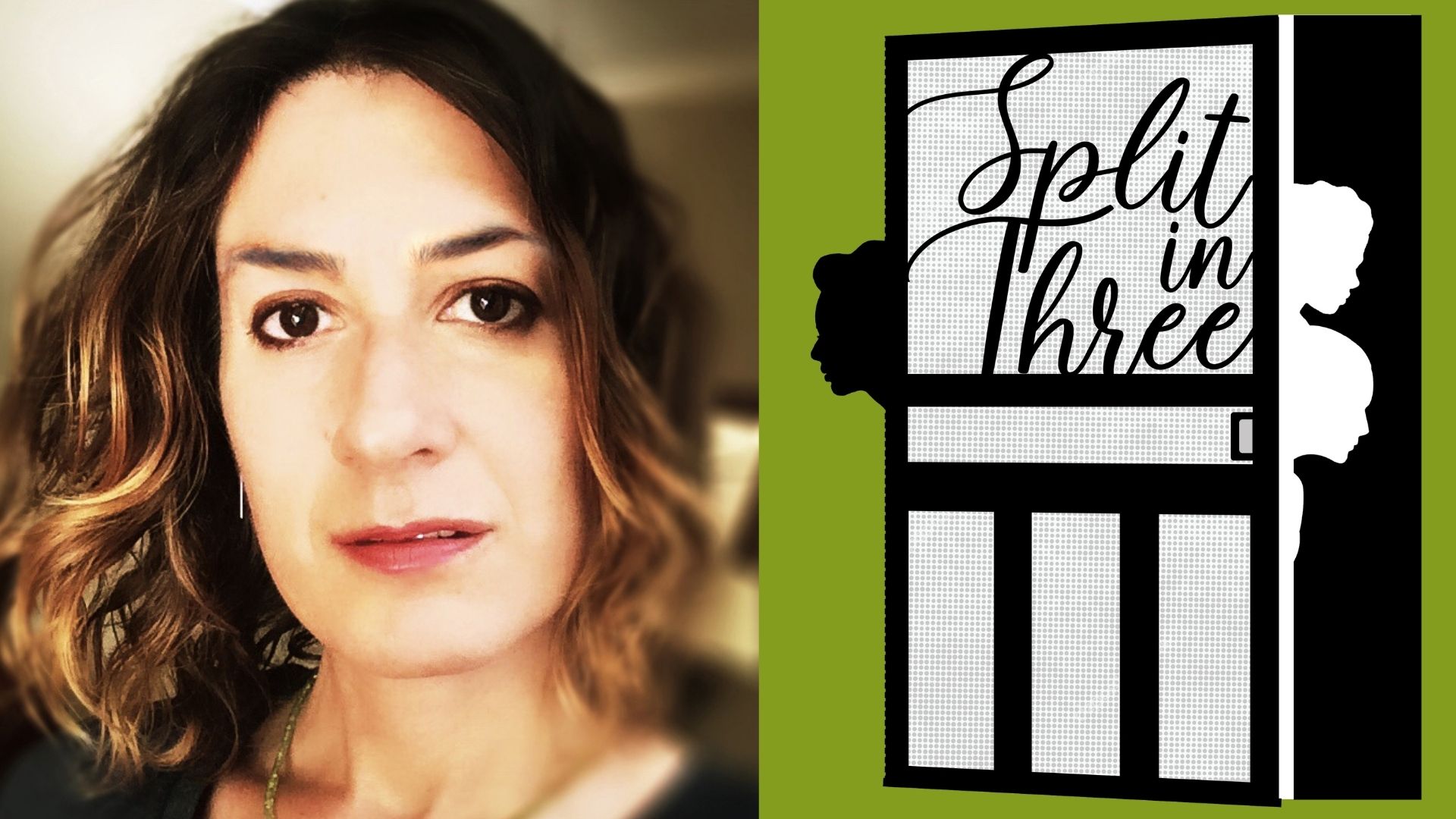 Stephanie Vickers interviewed playwright Daryl Lisa Fazio ahead of TVAA’s upcoming production of Fazio’s play Split in Three. Vickers, the Arts Integration Program Director at TVAA, is directing the local production of the play. Learn more about Fazio and her work at darylsplays.com

DARYL LISA FAZIO is a playwright, freelance graphic designer (MFA, Graphic Design, University of Memphis) and actor (BS, Theatre, Northwestern University) based in Atlanta, Georgia. Her plays and musicals have been produced Off-Broadway and in professional regional and international theatres. Her commitment is to writing multi-dimensional roles for women of all ages, races, and classes.

Stephanie Vickers: When did theatre first intersect your life?

Daryl Lisa Fazio: Like a lot of bright, weird, socially-awkward kids, I found Theatre in junior high and high school, and it gave me (the seeds of) confidence and a community that embraced quirks and different-ness. So much so that I chose to study acting in college at a very prestigious Theatre program where I was way out of my league. It wouldn’t be until years later that I would figure out how to use what I was given there.

When did you shift from interpreting stories as an actor to creating them as a writer? Or did this dualism always exist in you?

The first time this happened in any truly purposeful way was when I was nearly 30 years old and teaching graphic design at a university in Missouri. I had long ago abandoned any notion of working professionally as an actor—I’d lost my confidence that I could compete. When a friend who taught in the Theatre department suggested we should self-produce a two-woman play that we also perform in, I wrote something tailor-made. I didn’t tell her I was doing this until I’d finished the first draft, because I wasn’t sure I could do it. But, wow, was it a wonderful discovery to make: that writing allowed me to tell the stories I wanted to tell in the voices (mainly women and mainly southern) that were inside me and trying to get out, and I didn’t have to ask anyone’s permission for the opportunity. And I could write roles for myself that both catered to my strengths and insisted I step up my game and rise to the challenge.

So I did do it. And my friend, Becky Becker, and I did that play at our university. It was subsequently produced twice in New York City and once in Luxembourg. Oh, the places you’ll go, right?

So that was the beginning of playwriting for me. Through plenty of rejection and disappointment mixed in with thrilling bursts of success and creative collaboration all over the country in the nearly 20 years since, I haven’t looked back.

And I know that my background as an actor allows me to write “actor-friendly” plays that give other actors juicy challenges of their own, but challenges that are very much attainable and with ample reward if they dive in without fear, if they trust. PLUS, I can write multi-layered, complex roles for women—especially women over 40—which are sorely lacking in the American Theatre.

Writing allowed me to tell the stories I wanted to tell in the voices (mainly women and mainly southern) that were inside me . . . and I didn’t have to ask anyone’s permission for the opportunity.

How did you decide to blend your historical research into the world of the characters?

Having left the South as a teenager and observed how it was seen by outsiders, I became taken with the idea of writing a play about that intersection: outsider versus insider. I happened to read an excerpt of Willie Morris’s Yazoo, about the integration of schools in Yazoo City, Mississippi, and I thought this was fertile ground for drama. I couldn’t wait to put my strong women at the heart of the story, and to have hard-core homespun Southern women bump up against a very intellectual women from elsewhere.

I read a lot of material about that time period all over the South—that stage of research is such a rewarding one, because you’re just gathering and collecting and imbibing without putting any pressure on yourself yet to write specific dialogue or even outline a plot. You just absorb, like a sponge, and let the story reveal itself.

I tend to write from character first, so once I had enough knowledge, I created the people, then I put them into the setting and situations, and they kind of took over. If you do your homework, they will take over.

Have the recent events of the last year (George Floyd, Black Lives Matter, policing issues) transformed the way you see your story from 1969? For example: the themes of racial justice, the experience of biracial people, activism, and women’s roles within these?

The short answer is yes, a resounding yes. If I were to write this play today, it would be very different. Or simply another play altogether. I’ve had a necessary rude awakening about my responsibilities as a white woman writing about race—and I’ve had to come to terms with the fact that Nola is a “white savior.” Students at Clemson University who are going to be part of producing this play there have talked to me about the issue, and they say it’s not entirely negative, because it creates a lot of opportunities for guided post-play discussion and growth. But I’ve also done some work on the script reframing some elements to give Penny more agency, confidence, knowledge, and a stronger voice from the get-go, as well as making sure Nola has plenty to learn.

It comes from a place of awareness—being aware of what I don’t know and how to do better. Theatre has the power to change minds. That possibility that shouldn’t be taken lightly.

As a Southerner, how do you think we we in the South should rise above our past and present?

Educate ourselves. Inform ourselves. And more importantly, listen. LISTEN. Then, if you’re a storyteller, tell it right, tell it well, or get out of the way of the people whose story it truly is, and let them have ownership of what’s theirs.

What do you hope the audience takes away with them after experiencing the world of Split in Three?

That people are so much more than we give them credit for. Particularly if they’re poor or female or under-educated or wear garish clothes or quote the Bible. Particularly if we’re white, and they’re black.

That family is necessary and complicated.
That women are funny and strong and the heroes of their own stories.

That ordinary people do extraordinary things.
And that, once upon a time, black children and white children went to separate schools, and black children were denied things they’ve never fully recovered, and that we all need to be paying attention NOW so that we can do better FOR THE FUTURE.