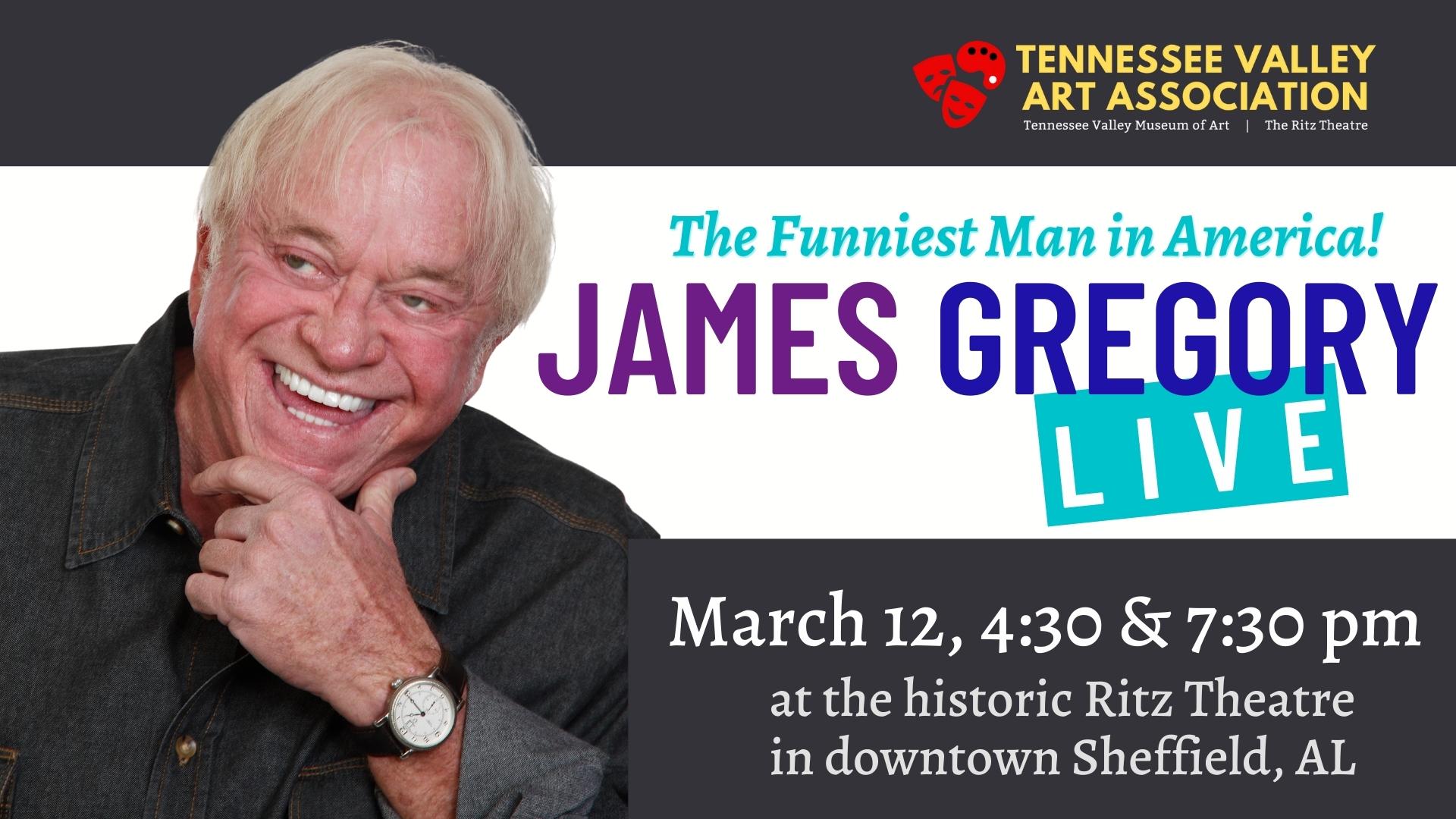 at the historic ritz theatre

from “The Funniest Man in America”

For decades, the unforgettable caricature of veteran comedian James Gregory has stood grinning: his shirt untucked, his arms outstretched, a carefree welcome to a down-home, hilarious comedy experience. It’s storytelling at its best. The trademark caricature is the essence of humorist James Gregory’s comedy: rib-tickling reflections on life from the front porch.

James’ success, like his comedy, is the direct result of the values he grew up with. And now, twenty something years later, it is this unique brand of humor that packs the crowds into his sold-out shows. The absence of vulgarity sets James apart and his stories are carefully crafted art. “I have lived long enough to know people, know life”, Gregory reflects. “My comedy is based on my life experiences. It’s real, it’s funny and the audience loves it. That’s why I’m still in business.”

James has been a regular on syndicated radio shows such as Rick and Bubba, John Boy and Billy, and Bob and Tom. Combined, these shows have broadcast to people in over 220 cities nationwide.  He has appeared in concert with Kenny Chesney, Randy Travis, Reba McEntire, The Judds, George Jones, Ricky Skaggs, and more.

Stay up to date on plays, concerts, exhibitions, and other events at The Ritz Theatre and the Tennessee Valley Museum of Art.