Ritz School for the Performing Arts

We still have a few spots left!

**We are accepting new students until October 4.**

The Ritz School for Performing Arts is for high school students (Grades 9-12) interested in the performing arts. This year’s classes will be in-person at the Ritz Theatre in Sheffield unless changing conditions necessitate new guidelines. Please click here to read our Covid-19 policy and protocols.

Students will spend the year working with industry professionals in acting, vocal performance, and directing, culminating in a showcase performance at the end of the school year. No experience is necessary– we are looking for motivated students who are curious, eager for new experiences, and have the spirit of adventure. We are not looking for perfection—just show us your passion!

At the Ritz School of Performing Arts, our mission is to create holistic embodiment of self-expression through encountering, experiencing, and exploring the performing arts.

What is the Cost?

The RSPA finances tuition through grants and partnerships with school districts. The only cost for families is a $100 flat workshop fee for the year, regardless of how many classes the student takes. The fee can be paid online at the link on the top of this page. Most parents pay $50.00 for the first semester and $50.00 in January.  We require the first payment by the student’s first class and the second payment before classes resume after Christmas Break. If you have financial difficulty and need a customized payment plan, you must fill out this form and return to stephanie.vickers@tennesseevalleyarts.org

When will classes be held?

**We are accepting new students until October 4.**

Monday evenings (5:30-8:30 pm) and will continue into April 2022 (Showcase Date TBD). Students must commit to the full year of classes, although participation in the showcase is optionable. District school holidays will be observed.

How do I apply?

1. Fill out the contact form below to schedule your audition. We will contact you to set up your audition time.

All three forms must be completed and brought with you to your first class. You may also email them beforehand to stephanie.vickers@tennesseevalleyarts.org. If you don’t have access to a printer or scanner, forms can be picked up at the Tennessee Valley Museum of Art (Tues-Fri, 9am-5pm/Sat 10a-5pm)) at 511 N. Water St, Tuscumbia AL 35674.

How Do I Prepare for Auditions?

You will prepare auditions for any of the classes (Acting, Vocal Performance, Directing, and Dance) that you wish to take with the Ritz School. You can audition for one, two, three or all disciplines. We will be using the Main Stage for auditions and the Encore Room for signing-in.  Masks will be worn at all times except when you are on stage. Please be on time; we will organize auditions slots to allow for social distancing.  You will be notified by email of your admittance by Wednesday, September 15th and will need to reply to the email to complete the acceptance process.

Acting
Prepare a monologue of 1-2 minutes (no more than 2). Your piece can be dramatic, comedic, classical, or contemporary. Your monologue must be from a play or from internet sites that specialize in monologues for teens. Original pieces written by you are also acceptable. Please memorize as much as you can, but you are allowed to have a copy with you.

Directing (New this year!)
Choose a favorite movie or play that you have seen and tell us why you enjoyed the production. Practice your presentation and select different elements such as acting, story, set design, lighting, camera work, costume, or special effects to explain your choice. Be prepared to answer questions from the instructors. You are allowed to bring notes for your presentation.

Vocal Performance
Prepare a full song in the Musical Theatre style to be performed with recorded accompaniment (YouTube, MusicNotes.com with purchase of sheet music, personal recording, etc). A successful audition should demonstrate a foundation of musicianship and an openness to engaging with the material, with willingness to grow.

Dance
Prepare the choreography provided by our dance instructor created for the musical Drowsy Chaperone. Watch the video tutorial here.

What is the Cost?

The RSPA finances tuition through grants and partnerships with school districts. The only cost for families is a $100 workshop fee, which can be paid online. We require the first payment of $50.00 by the first class and the second payment before classes resume after Christmas Break. If you have financial difficulty and need a customized payment plan, you must fill out the form here and return to before the first class on September 20.

Email us at stephanie.vickers@tennesseevalleyarts.org or 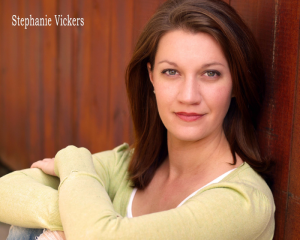 Stephanie Vickers has a B.A. in Theatre (Hillsdale College, Hillsdale, MI) and M.A. in Public History (University of North Alabama, Florence, AL) and has worked professionally in the entertainment industry (as cast and crew) for over twenty-five years in theatre, film, television, commercials, voice over, and video games.

She has performed with the Michigan Shakespeare Festival, as well as the Nashville Repertory Theatre, People’s Branch Theatre, and improv group One Hand Clapping, in Nashville, TN. Also in Nashville she was featured as Peggy Eaton in the PBS documentary Andrew Jackson: Good, Evil, and the Presidency, guest starred in the film Clancy, participated in the 48-Hour Film Festival for three years, and taught a monologue/commercial class for children sponsored by Women in Film. She was also in many commercials, web series pilots, short films, and independent films.

In Los Angeles, she studied under David Dean Bottrell, Mark Atteberry, and the internationally renowned Judith Weston. She worked in casting/production with AAA video game director Tom Keegan on Syndicate, Need for Speed, Dead Rising 3, Battlefield 3, and Wolfenstein: The New Order. She performed improv with Westside Comedy Theater, was a background regular on How I Met Your Mother, and is best known for her major video game motion-capture roles as Major Greenland in Battlefield 4 and Professor Mary Sue Ellington in Wolfenstein II: The New Colossus.

She is also an independent public historian and interpretation specialist, combining storytelling and performance techniques with academic research to transform museum/site programming into dynamic visitor experiences. She presents and performs on such subjects as women’s education in North Alabama, women on the home front in WWI, and the women’s suffrage movement. Her work concentrates on the intersection of performance, history, empathy, and our shared human connections.

She is currently the Arts Integration Program Director for the Tennessee Valley Art Association and the Ritz School for the Performing Arts. 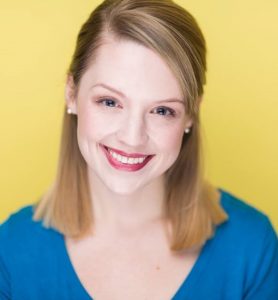 Suzanne Reese-Mills received her MFA in Musical Theater from The Boston Conservatory and her BS in Psychology from UNA, where she now teaches several Music courses. After finishing her Master’s degree and before coming back home to the Shoals in 2019, Suzanne worked with Boston area theaters as a performer and dialect coach. During her graduate study and in the years since, Suzanne has specialized in Voice and Speech work, guiding actors and singers to discover their natural voices and explore U.S. and world dialects. At The Ritz School, Suzanne will be teaching beginning classes in Acting and Voice, where she hopes to help students become more confident, skilled, and well-rounded performers. 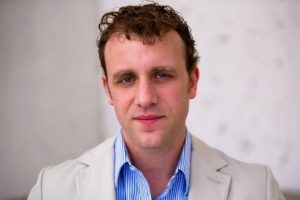 Matthew Kiel holds an MFA in Choreography from Jacksonville University, FL; a BA in Dance from Huntingdon College, AL; an AA in Vocal Performance from Northwest Shoals Community College, AL and is certified Ballroom Instructor.  He is currently the Director of Dance for Florence City Schools, the artistic director of the Florence Academy of Fine Arts Dance Company, and Adjunct Instructor at the University of North Alabama.  He is also the Resident Choreographer for Eastern Shore Repertory Theater of Fairhope, AL.

Matthew focuses mostly on the educational and creative process of theatrical contemporary works and musical theatre dance.  His recent research on character development through movement has led him to the beginning stages of creating a methodology for teaching and creating work based on traditional acting methods.

Recently, Matthew choreographed “Helen” for the FAFA Dance Co. which is endorsed by the Alabama Bicentennial Commission. His FAFA Dance Co. was also invited to attend the prestigious Edinburgh Fringe Festival in 2020. He has choreographed three world premier shows for Musical Theatre International’s Junior Theatre Festival and has been nominated for two IAPPA awards for shows he co-wrote and choreographed for Six Flags Theme Parks.

About the Ritz School of Performing Arts

At the Ritz School of Performing Arts, our classes create holistic embodiment of self-expression through encountering, experiencing, and exploring the performing arts.

The mission of the Ritz School of Performing Arts is to provide opportunities for
9th – 12th grade students who have a strong personal interest in, and aptitude for, the performing arts to receive a high-level of training in acting, vocal performance and choreography that will:

The Ritz School of Performing Arts is a high quality educational program for students in grades 9-12 that develops the whole person through a curriculum that enriches and provides practical application for the Alabama state standards for the performing arts. Our goal is to develop the talents and social skills of each student so that when they leave the program, they will be independent, cooperative, responsible and creative young adults with the performing arts skills and aesthetic understanding necessary to participate in and support the performing arts for a lifetime. We believe the skills and qualities learned in our program will prepare students to pursue further educational goals and allow them to contribute to the life and the well being of society as a whole. 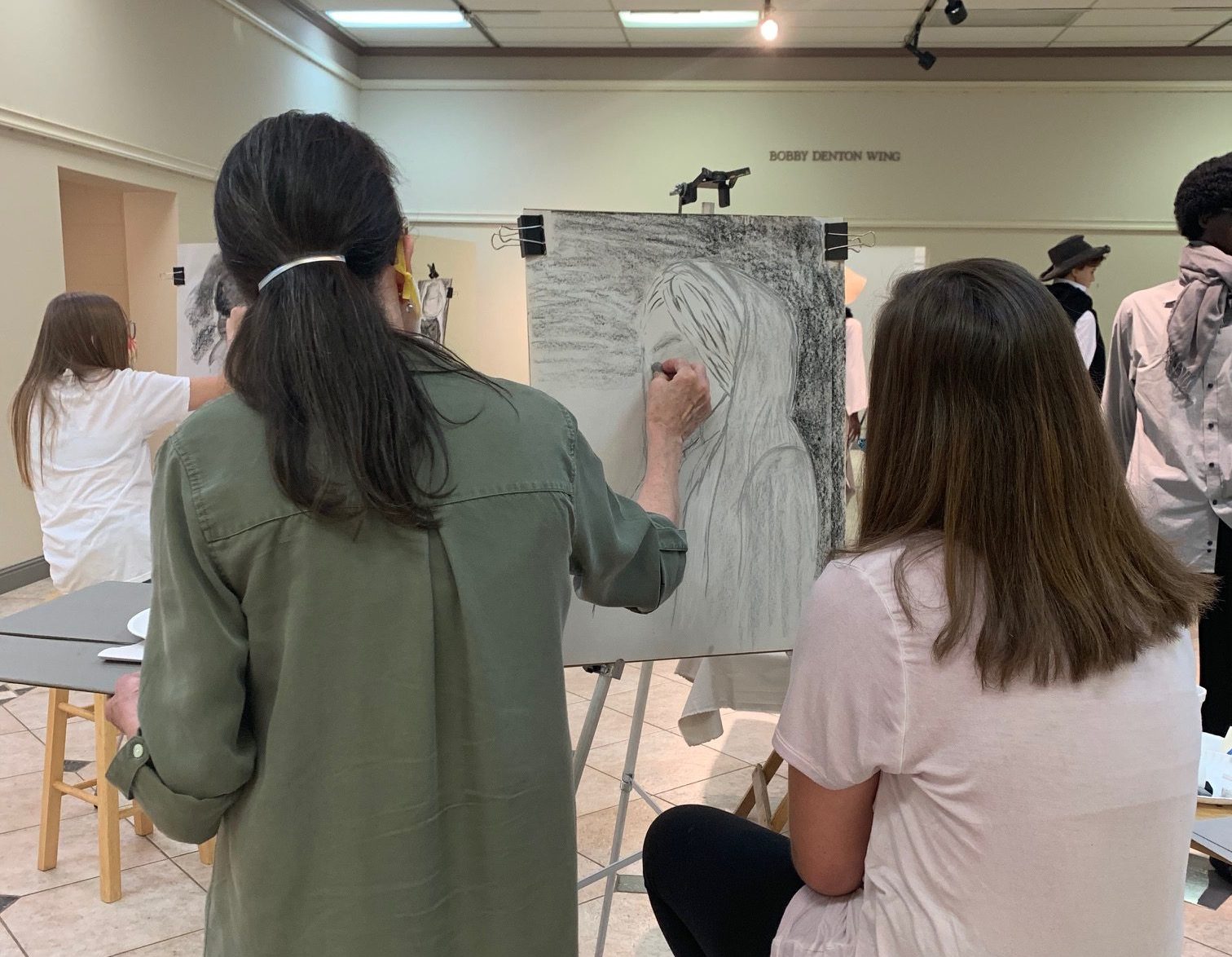 offers a week of art education
for students grades 3-12 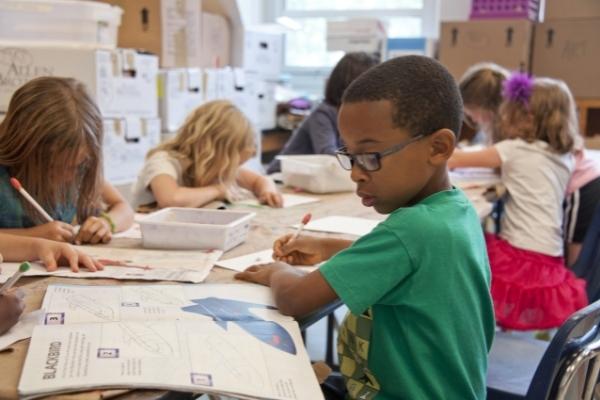 free education packets
to use in your classroom. 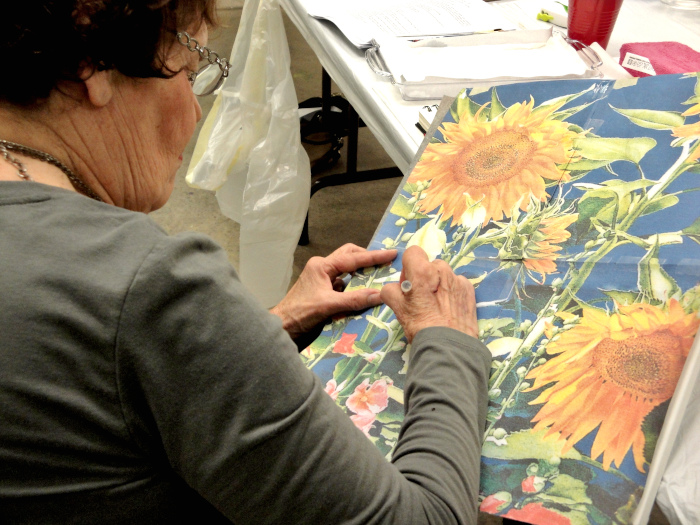 offer arts education for adults
of all skill levels.